Here’s a couple of cool cats from Virginia… 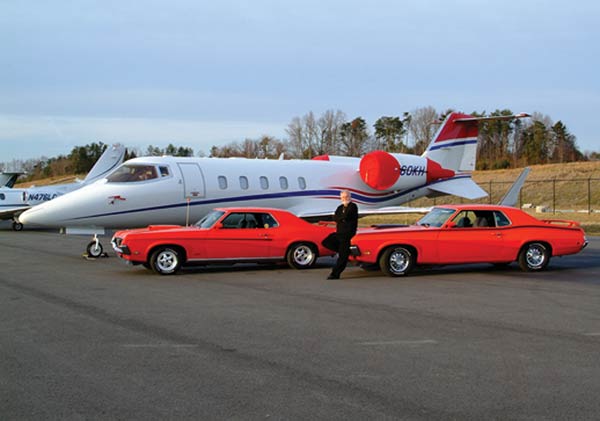 “My mother worked for Lincoln-Mercury dealers for 40 years, so I have owned a lot of Mercurys. I drag raced my 1957 Montclair and my 1964 Comet Cyclone, but the most successful was my ‘69 CJ Eliminator. I ran NHRA G Pure Stock and AHRA F Showroom Stock Automatic. I raced 49 times and got 47 trophies. I picked up trophies from six different dragstrips in California, Oklahoma, and Connecticut. Best time in G Pure was 13.69/104 and in FSR/SA 13.50/106. It is not a “hanger queen” as I have driven it across the U.S. three times.

“I have sent some pics of my Eliminators that my wife took at the local airport (no the airplane isn’t mine – I wish). We both live in an “Active Adult” retirement community in Falmouth, VA. I am a member of CCOA and the Delmarva Cougar clubs”. 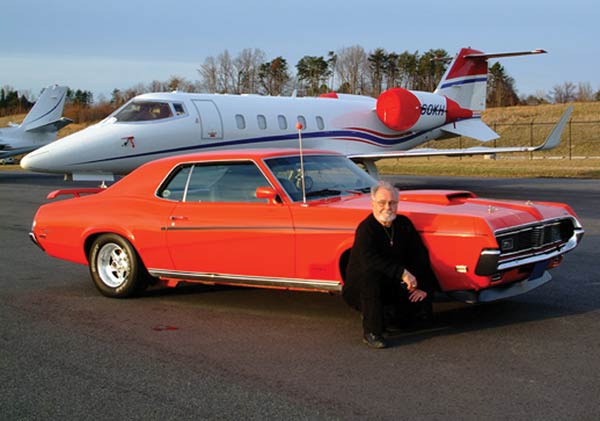 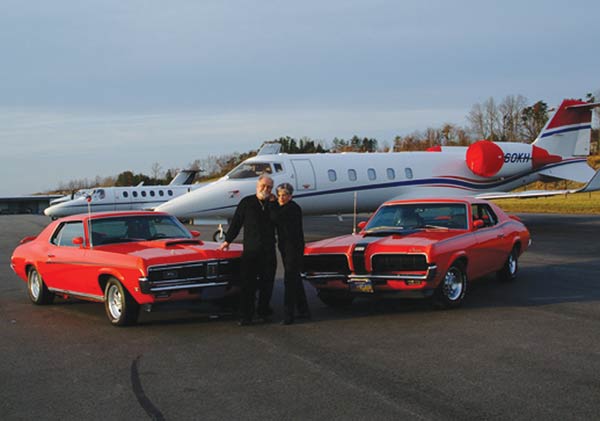