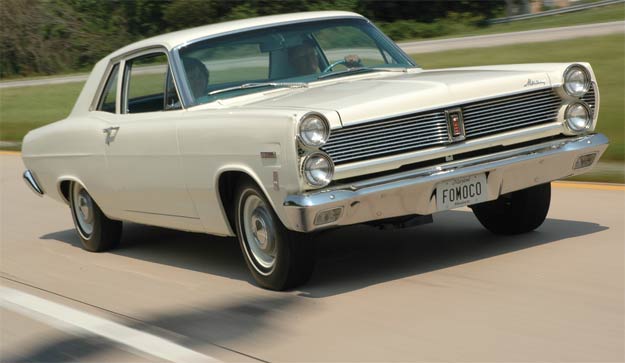 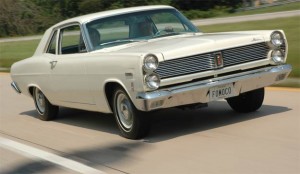 Text by Charlie Morris • Photography by Geoff Stunkard
There’s a lot more than meets the eye with this ’67 Comet 202!

The Mercury Division of Ford Motor Company long utilized a stylized Mercury (the winged messenger of the gods in Greek mythology) as its symbol, and when the auto maker returned to the production of high performance cars in the early 1960s, they saw to it that their message was delivered, and fast!

Beginning with the 406 cubic-inch, 405 horsepower FE series V8 in 1962 right up to the 375 horsepower 429 Super Cobra Jet 385 series engines of the early 1970s, Mercury went toe to toe with the best Detroit had to offer both on the track and on the street. Often however, giving up a weight advantage to the competition in order to offer a more upscale vehicle to the discerning buyer. Mercury shared its high performance engine line with Ford, and though the production of Mercury muscle cars would never rival that of their Blue Oval cousins, the Division’s racing accomplishments, particularly on the drag strip in the mid 1960s, were unrivaled. Unknown at the time was how the scarcity of Mercury muscle cars would impact the collector car hobby in years to come. 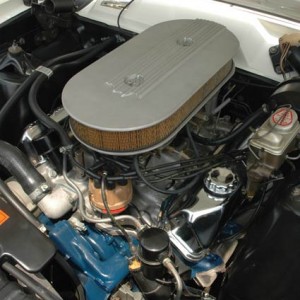 One of the quickest and rarest Mercury high performance cars of the era has to be the ’67 Comet when powered by the top-of-the-line 427 cubic-inch, 425 horsepower engine. 1967 was the only year the 427 would be offered in the Comet (both a single four-barrel “W” code rated at 410 horsepower and the “R” code two four-barrel equipped version of the engine were available) and a mere sixty cars so equipped would roll off the assembly line that year. One of the rarest of the rare has to be the base model Comet 202 sedan of which just twenty-two were built with the 427 option. Canadian John Elliott would claim a first ever NHRA class win for our northern neighbors at the wheel of his 427 Comet 202 sedan at the young age of seventeen. Over the next several years Elliott, running out of dad Sandy Elliott’s dealership, along with team mate Barrie Poole, would claim numerous drag racing titles in the lower 48 giving rise to their nick name “The Border Bandits”.

Our feature car was originally delivered through Strickland Motors in Indianapolis, Indiana in March 1967. Aside from engaging in some late night street racing, the Comet’s original owner did not actively race the car, thus saving it from the modifications and a potentially darker fate such a life might have brought. The car was eventually parked for a number of years with a mere 19,000 miles showing on the odometer. After being sold in 1992, the Comet underwent a complete rotisserie restoration which included a rebuild of the original engine by racing great Louis Unser. The version of Ford’s famous 427 cubic-inch engine (first introduced in 1963) that was featured in 1967 was based on the improved “Side oiler” cylinder block with a forged steel crankshaft spinning forged aluminum pistons on heavy duty connecting rods. Medium riser cylinder heads squeezed out a compression ratio of 12 to 1 and a solid lifter camshaft bumped the valves. Two Holley four-barrel carburetors fed premium fuel via an aluminum intake manifold while a fully centrifugal dual point distributor fired the mixture. Special cast iron exhaust manifolds expelled the gasses. Horsepower was rated at 425 @ 6000 rpm while the big FE thumped out 480 lbs-ft of torque @ 3,700 rpm–more than enough to shred the anemic bias ply tires that came on these cars. The car’s big input T&C Toploader four-speed transmission and nodular case 3.89 ratio nine-inch differential also received first class service being rebuilt by Art Chrisman. 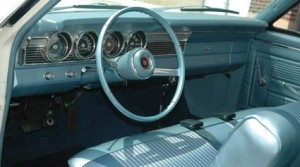 Current owners Pete and Sandy Robinson of Reisterstown, Maryland, purchased the rare Comet in 1999 and through subsequent research have determined that only eight of the original twenty-two 427 equipped 202 model Comets still exist. The Robinson’s Comet has had the distinction of being an invitational feature car at the Carlisle All-Ford Nationals on two occasions (2000 and 2002) and in 2002 was selected out of over two thousand cars in attendance as the “Celebrity pick” of legendary drag racer “Dyno Don” Nicholson, who had much to do with Mercury’s racing success in the 1960s. The Comet was again selected to be a feature car at the inaugural York U.S. 30 Muscle Car Madness event in 2002 and has been invited back each year since. In 2005 an elite group of 75 cars were chosen to represent the American muscle car at the Opryland Hotel and Convention Center in Nashville, TN, and the Robinson’s got the call.

In 2006, the immaculate Mercury was part of a display honoring the 40th anniversary of the 1966-‘67 427 Ford Fairlanes and Mercury Comets at the Carlisle All-Ford Nationals and also had the honor of being chosen as a display vehicle at the AACA museum in Hershey, PA.

While Pete and Sandy’s rare and beautiful Comet continues to win accolades at shows for the quality of its restoration, the car is recognized by those of us who lived though the “Total Performance” era as one of the finest examples of Detroit muscle packed into a plain brown, or in this case Polar white, wrapper that still exists. 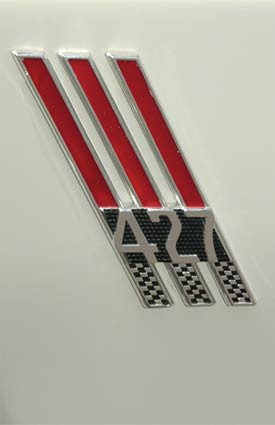 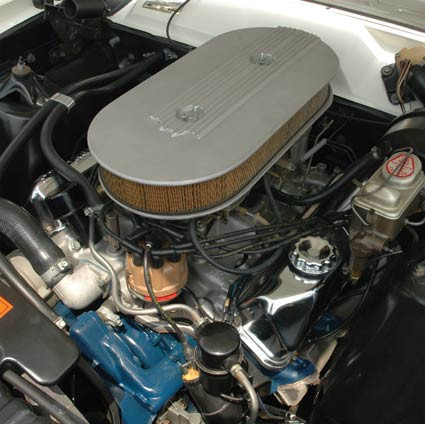 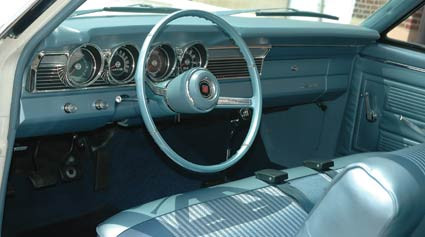 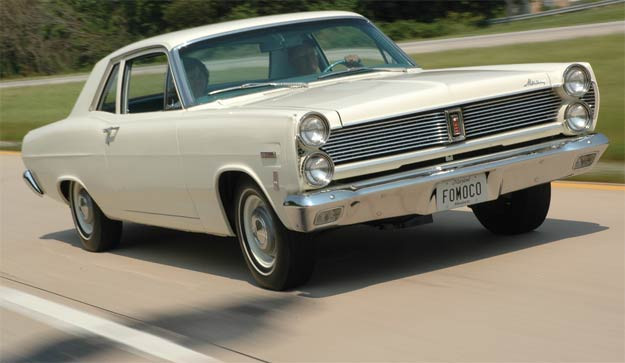 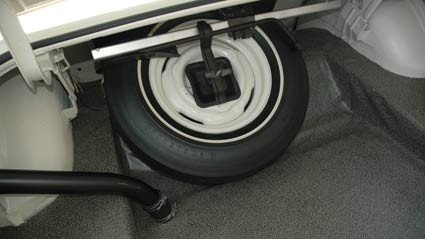 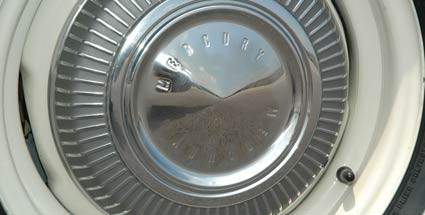