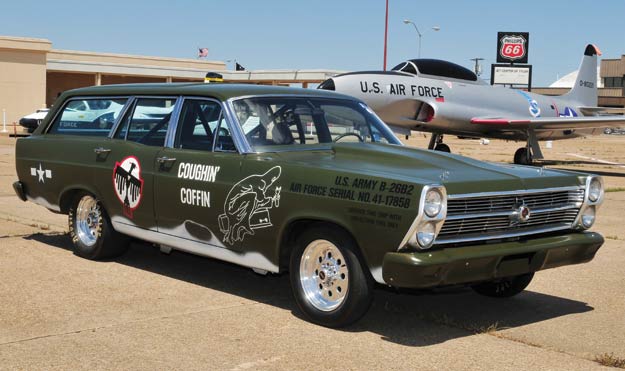 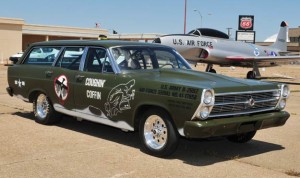 By John Pritchard • photography by Jerry Fincher Photography
A ’66 Fairlane Wagon drag car stands tall as a fitting tribute to our fighting men and women. Vintage photography supplied by the War Dept.

The story behind this car starts with a “jinxed” plane nicknamed the “Coughin’ Coffin” that was flown in the Mediterranean Theater of Operations for the Allies during World War II. It was a B-26 Martin Marauder manufactured by the Glenn L. Martin Company. This particular plane was a fighter-bomber powered by a pair Pratt & Whitney radial engines, rated at about 2000 hp. That’s right, at that time, it was a “hot rod”! The big problem with these planes was the fact that they went straight from the drawing board into battle. The result was that many good men lost their lives in training, attempting to fly and land these planes. 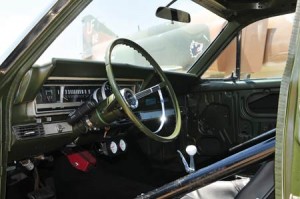 Nicknames ensued such as, the “Widowmaker”, “The Flying Prostitute”, “The Whore from Baltimore” and the “Flying Coffin”. Expressions such as “One a Day in Tampa Bay” haunted this particular fighter-bomber. The reason was that starting with the B-26As, they had an extremely short wingspan and would stall at the drop of a hat. You had to bring ’em in hot and hope you had enough runway to stop! Because of the high mortality rate from training, pressure on the Defense Dept. got so bad that General Doolittle, who actually went out on a mission in the Coughin’ Coffin, demonstrated for public relations purposes how to fly the B-26 on one engine.

The Coughin’ Coffin was assigned to the 12th Air Force, 17th Bombardment Group, 34th Bombardment Squadron. It was a B-26B2 and got its nickname before leaving the States from its then Co-Pilot, Lt. David Healion of New Jersey, because the engines coughed asthmatically. Ground troubles chased this “jinxed” plane before leaving the U.S. During its tour of duty, the plane was shot up so badly at times, it had to have 3 or 4 sets of motors, the tail replaced, and the landing gear was damaged to the extent that it had to be belly landed on more than one occasion. The plane “boasted” more than 250 flak patches. 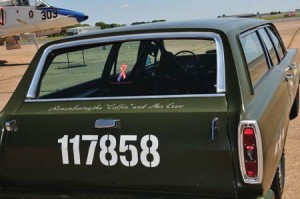 Imagine 7 guys in cramped quarters for hours on end, taking hundreds of flak and bullet hits over 50 missions and everyone walks away without so much as a nick. Before the plane left the states they were looking for a place to write the “Coughin’ Coffin” name on the plane when they noticed a penciled prayer by one of the ground crew that simply stated “God bless the crew of this plane, I will say a prayer for your safe return” and was signed by Pvt. J. Regan. The pilot, Maj. Wm. R. Pritchard was quoted as saying “If it was just luck, the old law of averages would have been ruled out a long time ago” and “There have been all too many times when something above and beyond our armor protection and skill has pulled us through”.

The car serves as a tribute and memorial to the crew of the Coughin’ Coffin and as a somber reminder to all of the importance of letting our men and women in the military know that “we are saying a prayer for your safe return”.

As a footnote, various newspaper accounts were written in 1943 about the exploits of this plane and her crew. Most of these start out citing the prayer, then follow with detail about mission accomplishments. Harold Adamson wrote the song “Coming in on a Wing and Prayer” in that same year and it is believed that because of the press about the plane and crew at that time, it may have served at least in part, as his inspiration. 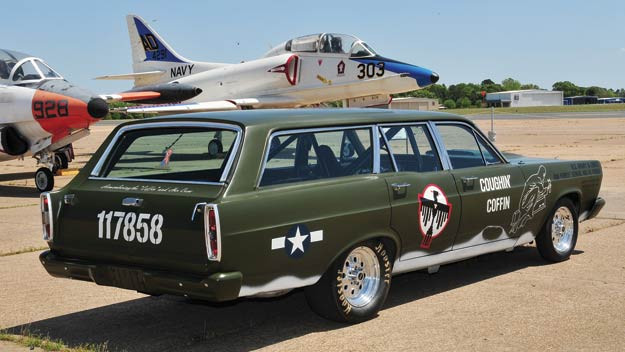 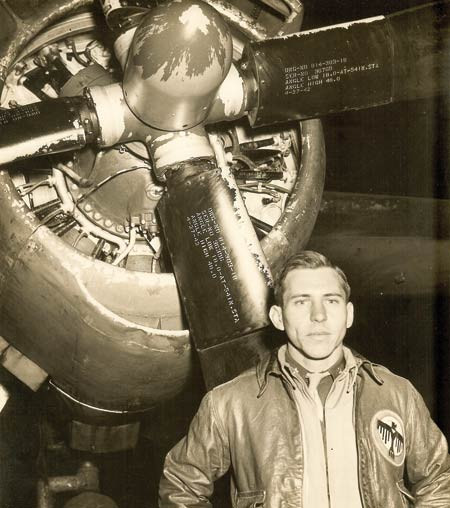 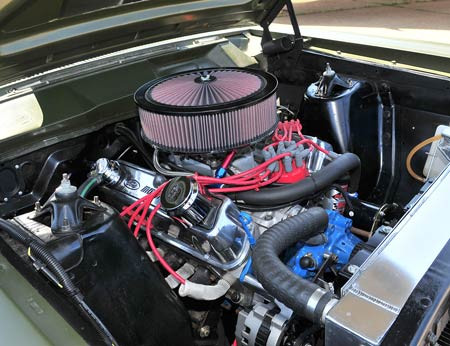 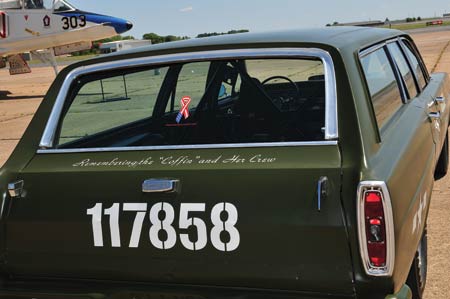 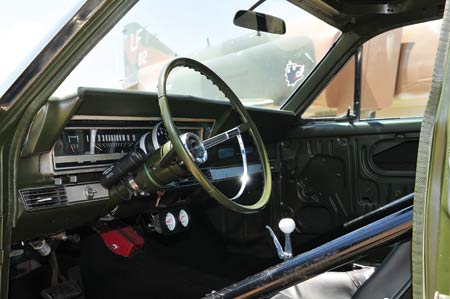