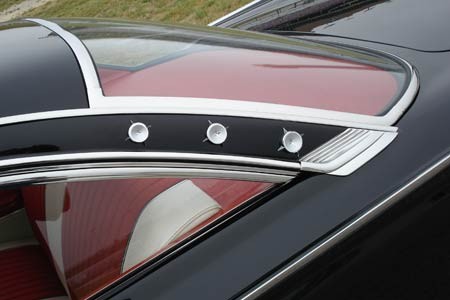 “Beautifully proportioned to the classic Ford look” is how the ads of the day described the 1961 Galaxie. Apparently they were right on the mark as the new styling received a design award for “Functional expression of beauty” from the Centro Per L’Alta Italiana. 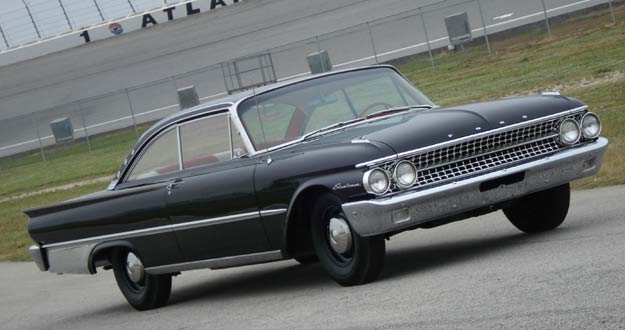 Taking a step back from the radical look of their 1960 model, Ford’s stylists abandoned the scalloped grille and hood for a concave grille mounting four horizontal headlamps for the 1961 Galaxie line. 1960’s slab shaped sides gave way to a more rounded look in 1961 and Fords trademark large round tail lights returned. Fins made their final appearance on the new Fords and their proportions further complemented the car’s classic lines.

The Galaxie’s overall length dropped almost four inches from the 1960 model and the total width an inch, while curb weight came down fifty pounds. The Galaxie model lineup consisted of; three station wagons, the Club Sedan, Club Victoria, Sunliner (convertible), and back for one more year was the Starliner, which in its 1961 form was arguably one of the best looking full-sized Fords of the decade. With 29,669 built, down from over 68,000 the previous year, the Starliner would not survive into 1962. 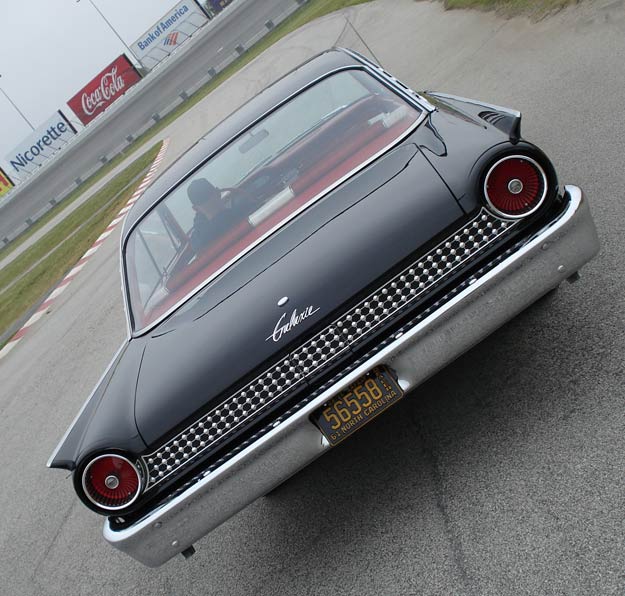 Once again, the Starliner was the darling of NASCAR for its aerodynamics and won favor among drag racers for sheer good looks and factory available high performance engine.

Galaxies were available in thirteen different colors, or two-tone combinations in 1961 and interiors came in complementing color combinations of cloth and vinyl with silver Mylar accents. 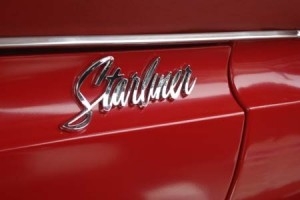 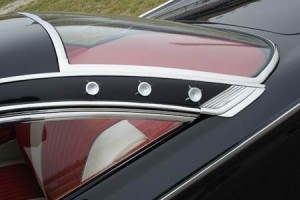 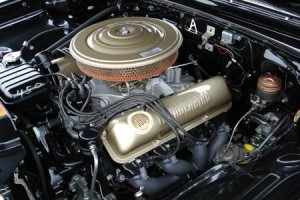 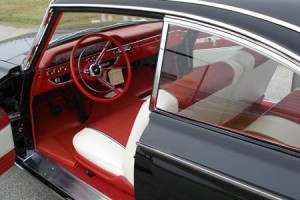 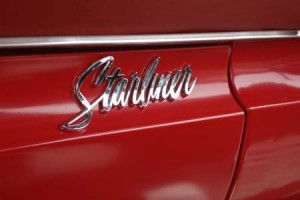 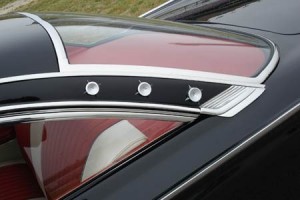 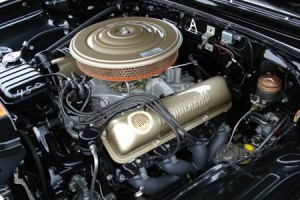 Ford’s commitment to performance continued into 1961 as two hotter versions of the new 390 block replaced the high performance 352 of 1960. Once again Ford cast special blocks and included enough factory high performance goodies in the new Thunderbird Special V8 to earn it the title “Detroit’s hottest street engine” from Car Craft Magazine. The high performance 390 featured a high nodular iron crankshaft spinning heavy duty connecting rods, 11.0 to 1 compression, a solid lifter camshaft and a dual point centrifugal advance distributor. With an aluminum intake manifold and single four-barrel carburetor mounted, the new engine produced an advertised 375 horsepower, and with the optional three two-barrel induction power jumped to 401 ponies. In spite of being hampered by the lack of a four-speed transmission (A Borg-Warner T-10 four-speed became dealer available late in the year) the 401 horse Fords proved to be formidable opponents on the dragstrip. And more often than not, the prestigious Super Stock class title went to one of them on any given Sunday at tracks across the land. On the high banked oval tracks of NASCAR Ford Starliners claimed eleven victories in 1961 serving notice that Dearborn was back in the racing business.

Our feature car, belonging to Tom Hardy of Athens, GA is perhaps one of the best examples of the 1961 Galaxie Starliner in the country. Beginning with a low mileage one owner car, Hardy’s Starliner underwent a complete correct restoration by Galaxie expert Donald Allen. From the car’s classic lines right down to the rattle of the solid lifters emitted by the 390/375 High Performance engine, this beauty fairly shouts Ford Total Performance and reminds us of that great decade in Ford’s long history.